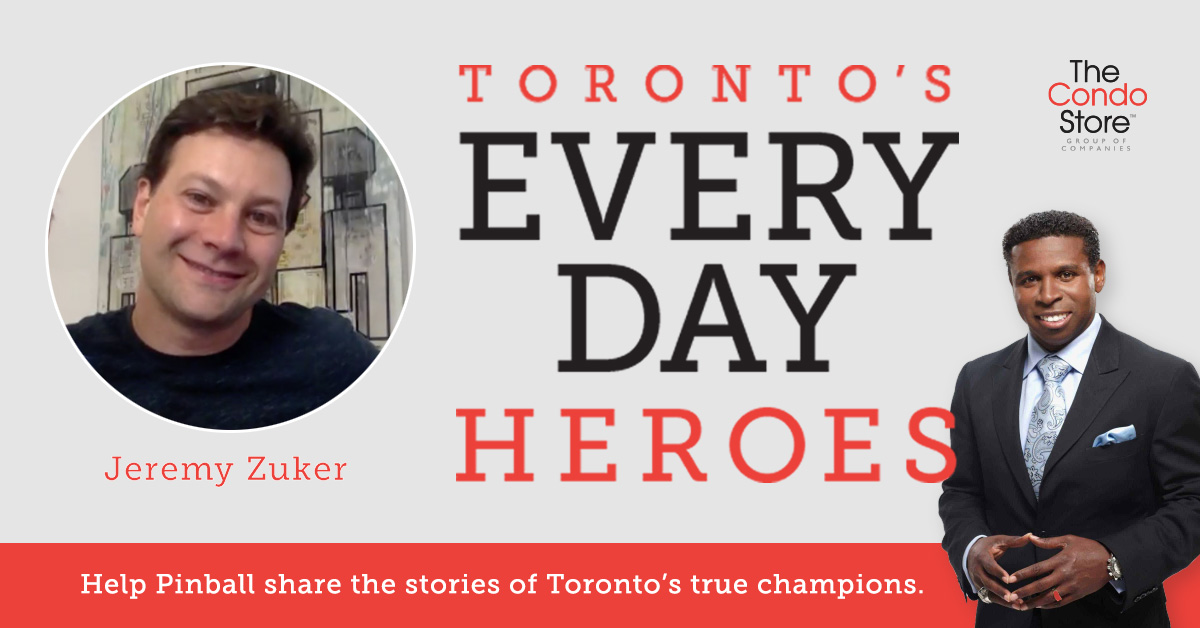 “I remember being so happy to see an image of a storage room at the hospital that was filled with donated PPE!” 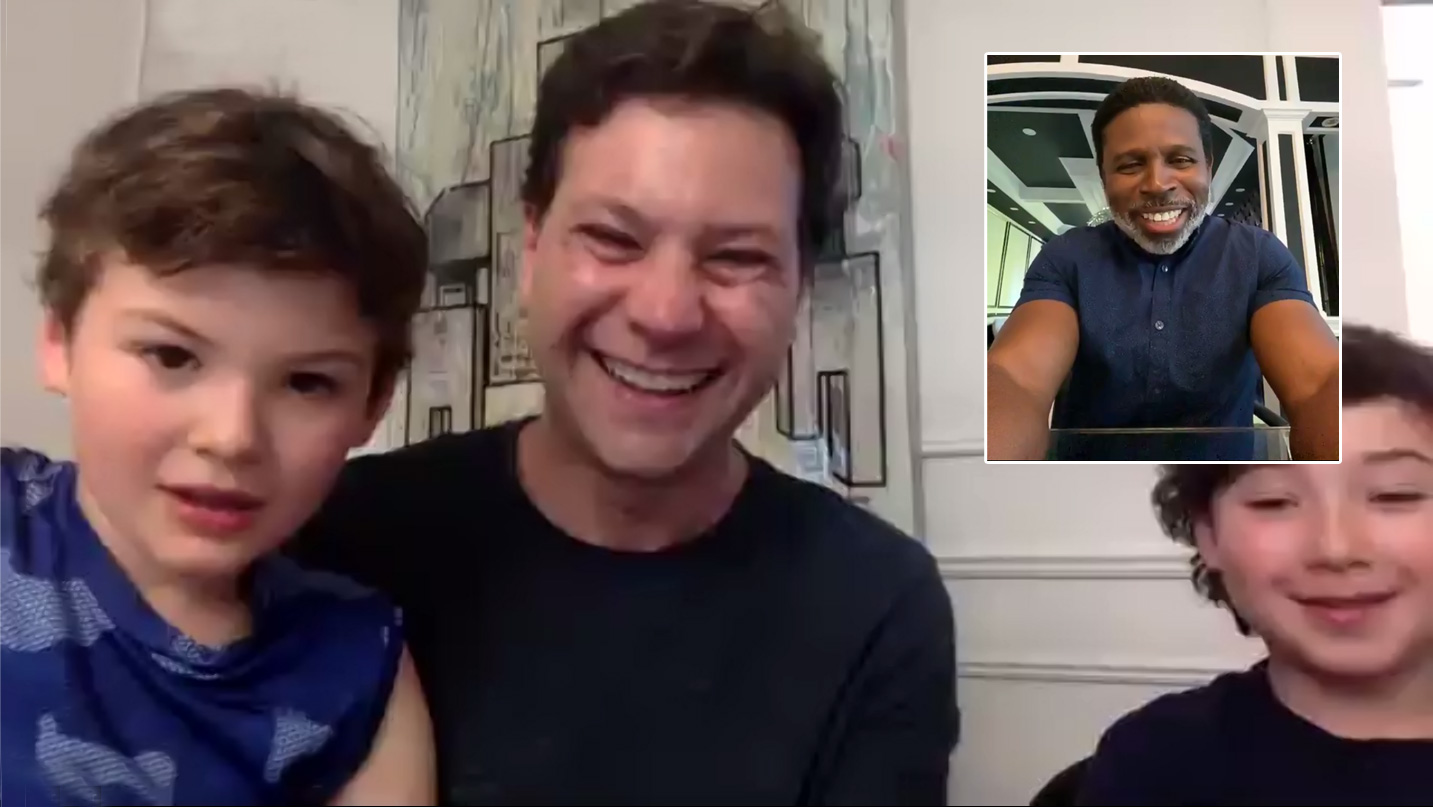 The Condo Store, together with Michael “Pinball” Clemons, is proud to feature this week’s hero, Jeremy Zuker, who was nominated by Greybrook Realty Partners and Dr. Michael Warner. Jeremy is an entrepreneur here in Toronto and began a grassroots campaign to collect PPE for the Michael Garron Hospital, and the “PPE Drive” was born.

Jeremy’s story is a testament to doing what is in your power to make a difference for the greater good of the community. Michael “Pinball” Clemons talked with Jeremy this week and had this to say:

That is extraordinary!…I love how you got all your employees involved and how you gave the energy to this program. We talked a lot about professional sports today, but this is the more important work and is the substance heroes are made of. Thank you Jeremy for what you did with this initiative.”

We will be featuring everyday heroes from across the G.T.A. every week, so keep the nominations coming by sharing or commenting on these posts using the hashtag #TorontosEverydayHeroes.

Here is the transcript of the interview. Please join us in celebrating Jeremy Zuker and all of Toronto’s Everyday Heroes.

TCS: Hi Jeremy, nice to meet you, can you tell us a bit about the PPE Drive?

The ppedrive.com started when I was talking with my good friend Dr. Mike Warner about his efforts to bring awareness about a potential PPE shortage at his hospital.  Mike runs the ICU at Michael Garron Hospital.

It was the evening of about March 22nd. The stay-at-home orders and closures of schools, restaurants, etc. had just started and nobody knew how badly hospitals would be hit or how quickly. Mike was spearheading an effort as there was this real fear that hospitals could run out of PPE. If you think about it, the amount of PPE that is required is massive – especially because precautions need to be taken for every patient not just those known to have the virus because they don’t know who has it. Most of the items that are used in hospitals are also used by dentists, vets, chefs, aestheticians, tattoo artists and others so the idea was to get these people to donate their items to the hospitals who desperately wanted to have the items available.

We decided to create a website that would facilitate a PPE drive at the hospital. We thought about it for a few minutes and decided on the name. I was able to build a basic website that evening so people would know what items were requested by the hospital, how to donate them, and a way to ask questions.

There was a large response from the community.  Mike and the hospital foundation did a great job of getting the word out and we started to receive hundreds of messages from people who wanted to help or start their own PPE drives.

In the first few days I remember being up very late trying to reply to everyone promptly. I decided that we needed a lot more help and recruited my team at WhereiPark.com to assist (all of the sudden business was very slow so we all jumped on board and started working on theppedrive.com). The team handled all the needed tasks: answering emails, coordinating PPE pick-ups, improving the website, spreading the word on social media, and calling hospitals to ask if we could assist with setting up PPE drives for them. This became a team mission and everyone in the company kept asking me what else they could do to help with theppedrive which says a lot about the team.

As the word got out more, we received more donations of PPE. After a few days I remember being so happy to see an image of a storage room at the hospital that was filled with donated PPE. Initially the drive was going to be for a short period (maybe a week or two) but it was extended and is still running. Some huge donations – like one from a local Ikea store who found 65,000 N-95 masks in storage, or a restauranteur who wrote in saying he had 25,000 pairs of gloves to donate – combined with countless smaller donations has added up.  I understand that Michael Garron hospital has received over a million PPE items.

It has been a real team effort both with my colleagues and the hospital foundation who have been amazing in making it possible.

TCS: Did the idea start local, here in Toronto, and then you expanded it to other countries?

To clarify, we did not bring theppedrive to other countries. We ended up working with a group that is consolidating ppe drives on a single map to make it easier to spread the word faster and further.

The initial PPE drive we assisted was for Michael Garron Hospital and that was a local idea. I think the similar drives were starting to happen in other places at the same time and even earlier; likely as they were facing the impact of the virus.

We took theppedrive and made it a tool and resource for hospitals and individuals who wanted to organize their own ppe drives to support the fight against the virus. Very early on there was a group of dentists in Halton who organized a ppe drive for their local hospital and we helped them coordinate and organize it online; this immediately showed the power of a grassroots effort.

TCS: Dr. Warner nominated you as a Toronto hero, how does that make you feel?

It is very kind, very appreciated, and I’m glad to have had an opportunity to be helpful at a very challenging time, but it makes me think of two things:

TCS: Can you describe your daily routine for going to work while putting this fund-raiser into action?

Since my work on this project is online my daily routine consists of working from home since our office is closed.

TCS: How is work different now than in normal times?

With respect to this project, there is a sense of urgency and purpose. When theppedrive started we were at a moment in time when there was a critical need; front line healthcare workers were in danger of running out of PPE which would be a catastrophe. We were energized and motivated to play a role in solving this. On a personal level, one big difference is breaking up the work day by doing things like playing with my kids in the backyard!

TCS: Do you feel any different working these days?

Definitely. My work does not take me to the front lines so I don’t have a direct perspective on what that is like. There is a tremendous amount of uncertainly that workers, businesses and systems are facing. It’s a scary and difficult time on many levels. The entrepreneur in me is excited and optimistic about the innovation that needs to happen and how this disruption is an accelerant for change and has created problems to solve.

TCS: How do you interact with your colleagues these days? Has there been any feelings of fear or trepidation?

Our whole team is working from home. The reality is that there is fear of the unknown and there is fear about being exposed to the virus and inadvertently exposing others to the virus.  We’ve taken a conservative approach about closing the office and staying home.

TCS: Can you explain how you have leveraged the software to go beyond PPE and into other needed materials and equipment?

We’ve focused our efforts on PPE but have seen some very innovative things happen and we have done our best to help facilitate them.

Michael Garron hospital initiated a program where they worked with an incredible guy named Shawn Lim from Botcamp who developed a 3D-printed face shield. The program involves a 3D printed visor frame that is attached to a clear plastic sheet. Theppedrive put out a call to the maker community which responded with incredible generosity – within a few weeks over 10,000 visor frames had been printed from across Canada and were arriving at the hospital. I am so impressed by the way people acted to help (we’ve literally received thousands of emails from people asking “how can I help”.).

The other area where theppedrive has helped is in matching new PPE suppliers with those in need. We heard from toy makers who started making face shields, parachute sewers who started making medical gowns and many others.  There were two common questions: what exactly is needed and who needs it. We have tried to help by providing information and matching them.

Check out all of our weekly featured heroes: