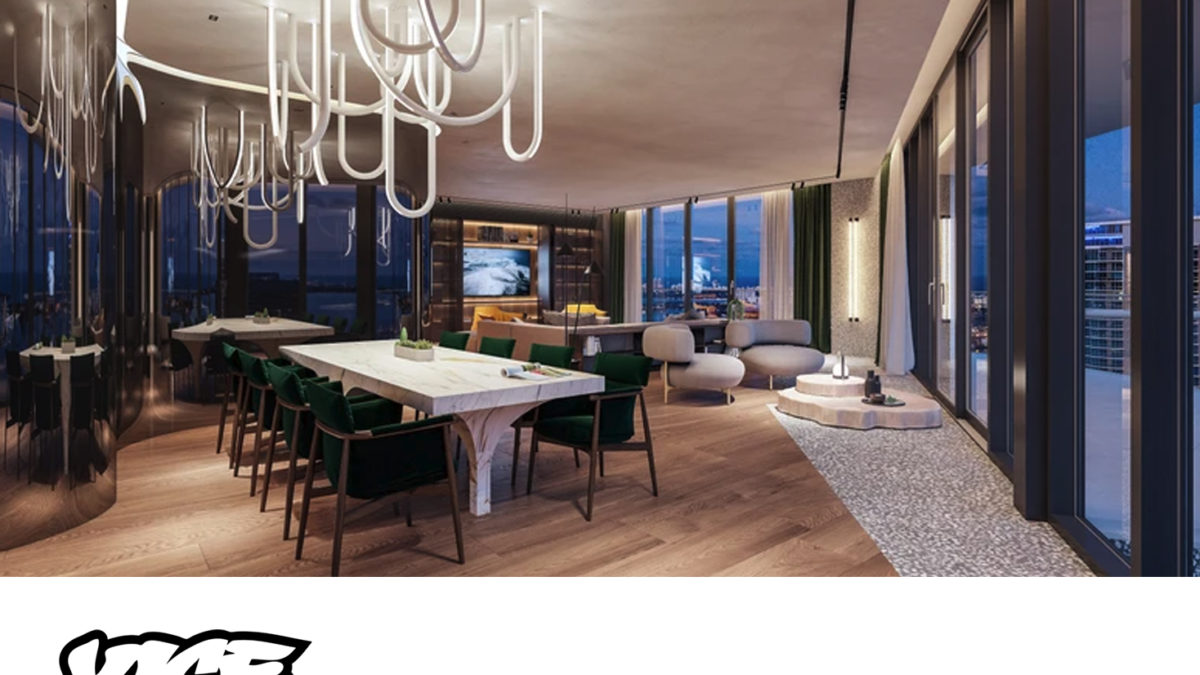 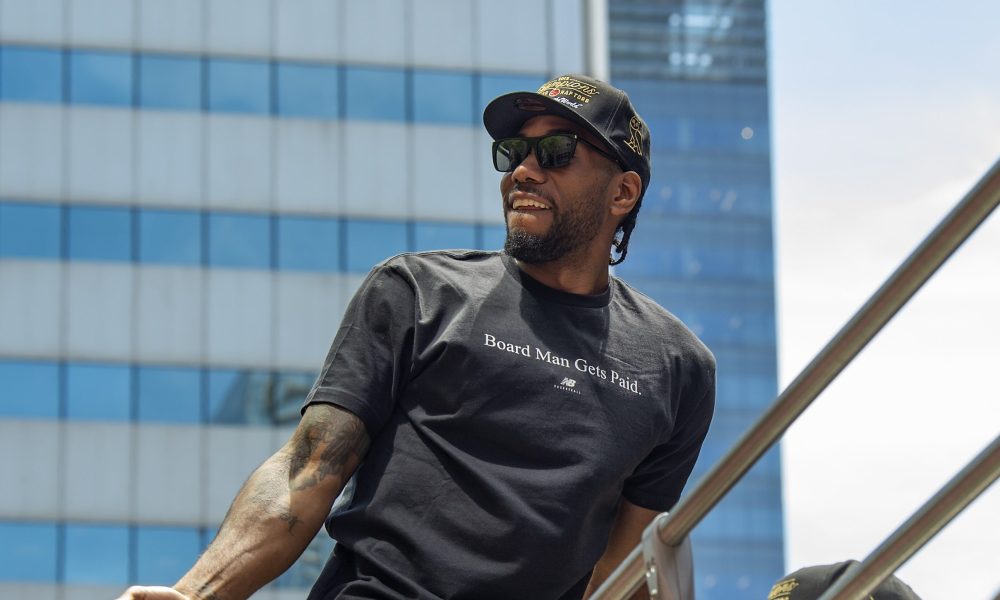 Toronto is offering a lot to the Raptors superstar, who reportedly isn’t swayed by money. But we’ll try anyway to get our Board Man paid.
Originally posted in Vice

The biggest question on every Raptors fan’s mind is, will he stay or will he go? But the biggest clue as to whether or not the Raps’ star player Kawhi Leonard will re-sign with Toronto, hasn’t been from Leonard himself. It’s been from his top advisor, “Uncle Dennis.”

During the Raptors victory parade on Monday, which drew more than two million people to Toronto’s downtown core, the crowd chanted “one more year,” to which teammate Kyle Lowry responded with “five more years.”

Leonard maintained his signature poker face, but his Uncle Dennis chimed in with “five more years.”

Uncle Dennis, whose real name is Dennis Robertson, is the brother of Leonard’s mother Kim. He’s widely known as Leonard’s chief business strategist. He brings with him more than two decades of high-level banking industry experience and when it comes to major life decisions, Leonard has said he likes to talk things through with Uncle Dennis.

Although Leonard’s decision to stay, or choose another team—perhaps the L.A. Clippers or the suddenly scary-good L.A. Lakers, so he can return to southern California—won’t necessarily be solely based on finances, money matters. So here is a tally of what Toronto, the city, the NBA franchise, and its residents are offering Leonard to stay. (Please, please stay, Kawhi.)


$190 million USD from the Toronto Raptors

Toronto’s franchise can offer Leonard $49 million more than what any other NBA team can give him, with a five-year $190 million contract, which works out to $38 million per season. Rival teams can offer him up to $140.6 million over four years, roughly $35 million per season. The rules give his current team, the Raptors, this advantage to entice him to stay.

Tax rates in Toronto are higher than the U.S.—we’re talking about a combined federal and provincial rate of 53.5 percent on his salary, compared to 50.3 percent if he was playing for L.A.

In addition to that, regardless of what he chooses, he remains a U.S. resident and that means he has to pay tax on his income. He’ll pay the Canada Revenue Agency (CRA) for the games he plays in Toronto, and the days he works in Canada. Based on what happened this past season, about one third of them will be taxed at the American rate. Additionally, there are expensive social security taxes tacked onto every American paycheque, including Medicare (which is 2.4 percent).

Something else to consider is that a carefully-structured deal could offer a big advantage if he re-signs with the Raptors. Up to 15 percent of his pay can come as a “signing bonus” and in Canada, that kind of income is taxed at a rate of 45.3 percent, which is significantly lower than what he would pay in California.

There’s also the cost of living, which is 11 percent lower in Toronto than it is in L.A. and suddenly what the Raptors can offer is, from a financial perspective, more appealing. Norm O’Reilly is the Director of the International Institute for Sport Business and Leadership at the University of Guelph, and he said “all of this is a huge advantage for the Raptors.”

Another possibility is that he could stay in Toronto for less than five years, which eliminates part of that financial advantage, but gives him the flexibility to see how it goes next year. Several veteran teammates could be leaving next summer, including Lowry and Serge Ibaka, which could be a factor. By choosing a shorter term though, he’ll be giving up the financial safety net of a five-year contract, which could come in handy if he’s injured again.

However, in 2021, Leonard will have 10 years of NBA time under his belt which means he’s eligible for a higher maximum salary. That will be based on league revenue which is growing rapidly thanks to local media deals and increasing international interest. According to Forbes, “the NBA is the hottest sports league right now.” That likely means millions more for Leonard’s salary and could tip the scales in favour of a one-year deal with a one-year option.

After leading the Toronto Raptors to the Larry O’Brien trophy and securing the NBA Finals MVP title, Leonard is in a good spot when it comes to potential revenue from endorsements. He left Nike in 2018 and signed a multi-year deal with New Balance, which didn’t even have a basketball shoe section on its site at the time. That move was a head-scratcher for some, but it makes sense when you consider how well Leonard’s low-key, understated personal style jives with New Balance’s “chunky, boring shoes worn by dads.” Plus, everyone knows that an athlete’s pre-game sneakers are just as important as what he wears while he’s playing. In this case, partying with Drake in his New Balance sweats and sneakers.

According to O’Reilly, Leonard has likely been propelled into a whole new stratosphere as far as marketability goes. “Only the very elite of elite players get large sponsorship dollars—think Jordan, James, KD,” he said, though he believes that marketability follows Leonardeven if he doesn’t stay in Toronto. “That would benefit him no matter where he plays. LeBron did not lose any sponsorship as he changed teams.”

Leonard’s popularity across Canada is hard to dispute though. If you believe what people pledge on Twitter, he’s so beloved that several parents-to-be are naming their children after him. On Monday, Toronto mayor John Tory gave him the keys to the city, a symbolic tribute reserved for “distinguished citizens and honoured guests.” Past recipients include civic leaders, activists, philanthropists, members of Rush, and Drake. At this moment in time, Leonard the most loved celebrity in the country. So there’s that.

A luxury penthouse valued between $2.5 and $4.7 million CAD

Simon Mass, CEO of the Condo Store syndicate told VICE that they are prepared to provide Kawhi a free multi-million dollar penthouse in downtown Toronto in either the Four Seasons, St. Regis, Ritz Carlton Residences, or the Shangri-La.He said they would also cover condo fees as part of the deal, once the terms are agreed upon. 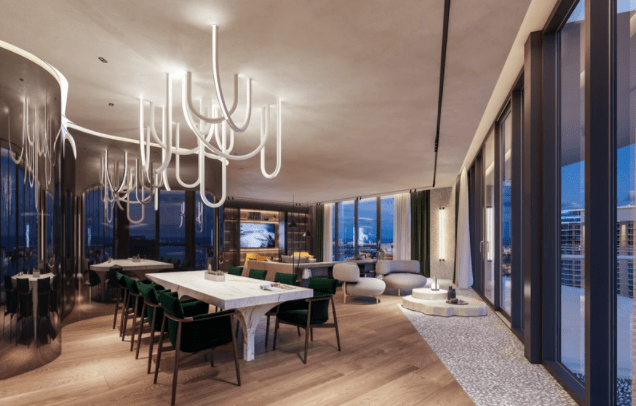 Homes within these exclusive buildings top the list of most expensive condos sold in Toronto and include access to hotel amenities.

Earlier this month, rumours swirled that Leonard had purchased a home in Toronto, which got fans worked up, but were put to rest by Leonard himself who said “No, it didn’t happen yet.”

That last word, “yet,” has sparked hope that it’s something he’s seriously considering. Many felt that his purchase of a $13.3 million USD mansion near San Diego was a sure sign that he wanted to spend a lot more time in his hometown. American media described the 5-acre property and sprawling Tuscan-style house as a “forever home.”

More than a dozen Toronto businesses are part of the Ka’wine and Dine program, whose slogan is “wine’em, dine’em, let’s re-sign’m.” The initiative has snowballed to include Uber and Lyft drivers, food delivery, legal advice, haircuts, clothing, and more. 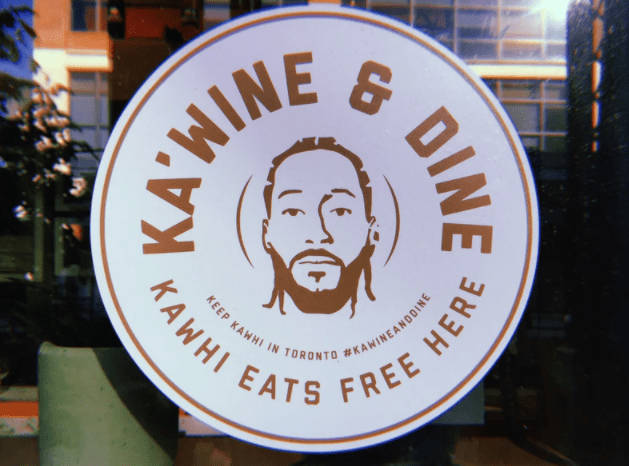 Let’s suppose this comes to $200 a day for a yearly total of $73,000. Leonard’s salary was $23 million which means he made a little more than $216,000 per regular and playoff game this season. The free food and drink works out to about a third of what Leonard made in a single game. So the gesture is thoughtful, but doesn’t carry a ton of sway from a financial perspective.

O’Reilly points out that Leonard’s accountants will have to look at this one to figure out if it’s considered a form of revenue or if he’s simply “gifted dinner every night.” If it’s treated like a sponsorship or benefit, then it’s a “grey area” and he might have to pay tax on it. But that’s for his bean counters to figure out.

A supportive approach to his health, which is priceless
It’s no secret that Leonard’s relationship with the powers that be at the San Antonio Spurs fell apart because he didn’t like the way they treated his recurring quadricep injury, which saw him sit out most of the 2017-18 season. There were reports that his commitment to playing was questioned at the time. He joined the Toronto Raptors in July of last year after requesting a trade.

One thing that seemed to make all the difference for Leonard, and which he credits for helping him lead the team to the NBA championship, is something called load management. According to the International Olympic Committee, load management reduces the risk of injury (and in this case, re-injury) by designing an approach to training and competition that enhances performance. In Leonard’s case, that meant giving him plenty of time to rest, mentally and physically, allowing him to be in top form for the clutch games.

O’Reilly points out that most clubs would be able to match this, especially now that the results speak for themselves. But it may be worth something to Leonard that the Toronto Raptors were the first to implement this, with management and the medical team fully onboard.

One significant perk of playing for Toronto is the friendship that comes from the Raptors’ ambassador, Drake. We can only guess, based on what was posted on Instagram, what happened as they celebrated last week in Vegas. But we know they did it up in style and flew there and back on Drake’s private jet.

O’Reilly is quick to point out that when it comes to sheer star power, Toronto is no match for L.A., but that’s probably not what Leonard is into anyway. “I would suggest this is not something to put a dollar tag on but count as an intangible benefit, if he cared about that, which I do not think he does,” he said.

The Toronto Raptors and Leonard have seen a lot of firsts this year: the team’s first NBA championship and the city’s first major sports trophy since the Jays won the World Series in 1993.

On June 30 at 6 p.m. ET, he can start negotiating with other teams as a free agent. That’s when 27-year-old Leonard will get to do something else he’s never done before during his NBA career: decide exactly where he’s going to play. That, more than anything else is the gift that Toronto has given its “King in the North.”