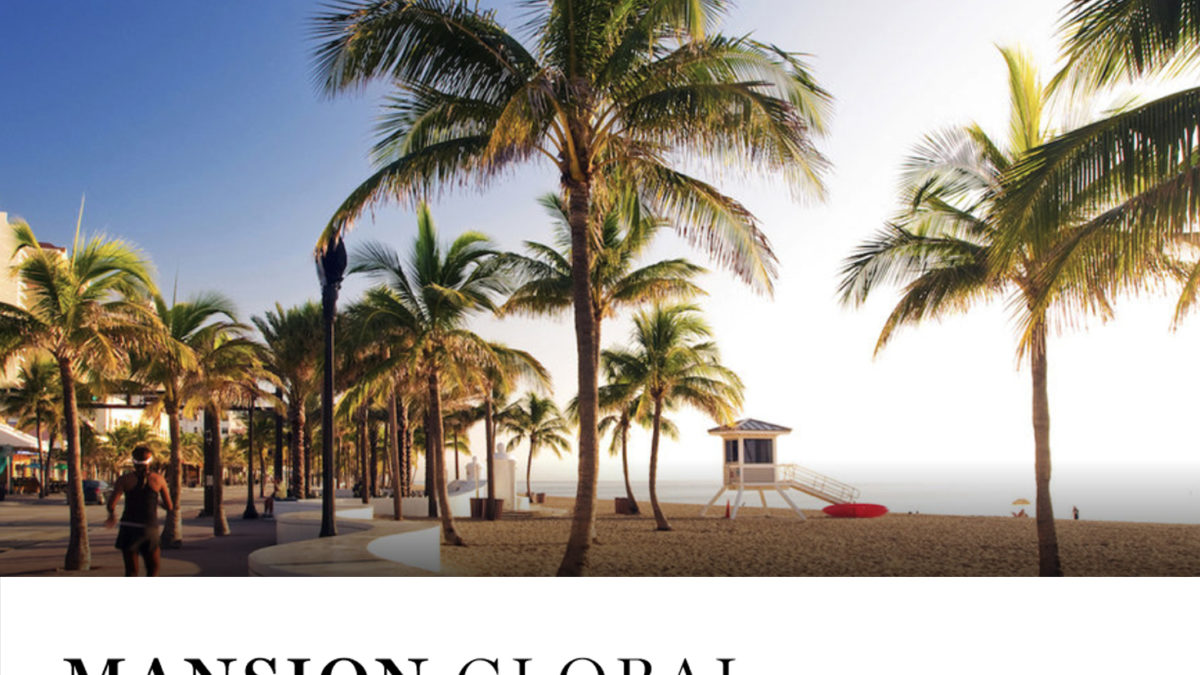 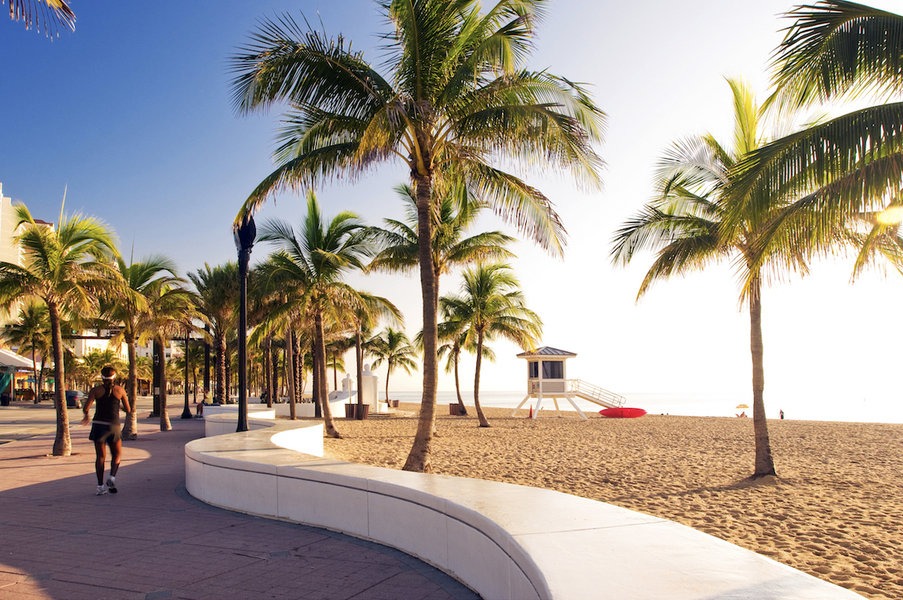 Canadians account for 9% of all foreign buyers in South Florida, up from 6% in 2016.
SLOW IMAGES / GETTY IMAGES

South Florida realtors are rolling out the welcome mat to Canadian snowbirds.

Brokers who are pushing new, upscale condos north of Miami—from Hallandale Beach to Fort Lauderdale to Boca Raton—say they’re betting on a convergence of promising circumstances to attract Canadians.

Those circumstances include: a sustained, strong Canadian housing market making it attractive for owners to cash out, and an aging population that demands convenience and luxury as retirement nears. Separately, at work in Florida, a spate of new properties offers prime amenities in a soft real estate market. The result, brokers say, is a pool of buyers who are ready to invest in a vacation property in a region that offers easy access and gorgeous weather.

Toronto-based broker Janice Fox, who is handling Canadian inquiries for a first-of-its-kind Four Seasons condominium building in Fort Lauderdale, said her agency is “really appealing to the Baby Boomer generation.”

“A lot of our buyers are not necessarily retired but I think they’re cashing out on their big houses and realizing a tremendous amount of equity—more than they ever thought they would get,” she said

In turn, she said, they’re purchasing luxury condos to serve as their primary residences in Toronto, Montreal or Vancouver, then looking for luxury vacation homes in Florida.

As always, Florida holds the appeal of warmer climates. Winter is typically when the market for luxury vacation properties heats up, but this year it appears to be especially vigorous, some brokers reported, thanks in part to brutal weather in the north.

“I wouldn’t say I got a big response (in the spring or summer),” Ms. Fox said, “but as soon as that cold weather hit—and November was terrible here—I would say my inquiries tripled.”

In the six months ending in January, the Four Seasons Private Residences development received 221 inquiries from Canada, up from just a handful of inquiries during the six months prior, according to data provided by the company. 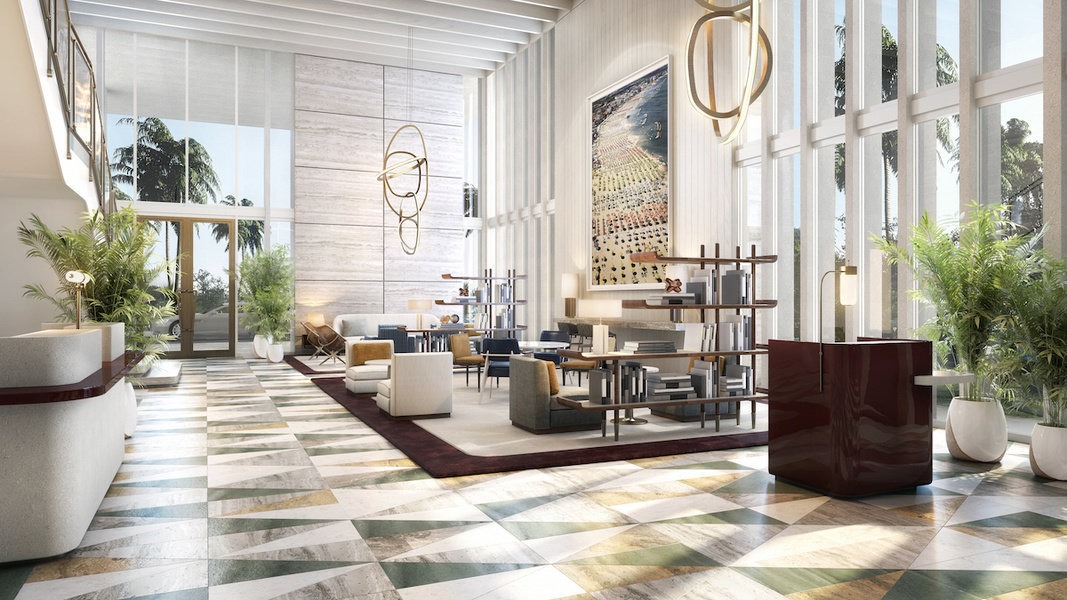 Some of that interest could also be due to the cachet the Canada-based Four Seasons brand has long enjoyed among wealthy residents who are familiar with its five-star hotels in Toronto and other cities.

If brokers were concerned that the storms that walloped southern Florida last year—inflicting billions of dollars of damage from coast to coast—would depress interest in the market, they were apparently fleeting.

“Those who are buying in South Florida are already aware of storm season and know what to expect,” said Rob Siemens, the director of marketing for the Siemens Group, which is developing new luxury condos at the Boca West Country Club in Boca Raton.

One exception, Ms. Fox noted, was when a serious buyer of hers got stranded in Miami for a couple days as Irma moved in last fall. “He ultimately decided not to purchase and likely the hurricane contributed to his decision,” she said.

For the majority of buyers, however, the benefits of a warm-weather lifestyle outweigh the risk of hurricanes and rising water levels, brokers said.

That is the case for Simon Mass, CEO of a Toronto-based real estate development conglomeration known as The Rosseau Group. Mr. Mass said in his visits to Florida over 20 years, he has watched South Beach fill up with Canadian executives who, like him, are “too young to be an official snowbird,” but can no longer tolerate the bitter winters and have the means to work remotely.

Mr. Mass, who is 46, recently bought a three-bedroom waterfront condo at The Ritz-Carlton Residences in Miami Beach for $3 million, where he plans to spend about five months each year. He also owns a house on one of Miami Beach’s residential islands.

“From the group of friends that I’ve spoken to, (storm season) isn’t a major concern,” he said. “Everybody’s looking at a 5 to 10 year ownership span for themselves, so everybody feels fairly comfortable that nothing drastic is going to happen in that time.”

An established population of Canadian snowbirds can help draw new blood down south as well, brokers said. Some have owned larger homes or older condos in Florida for years and are looking to upgrade to a modern property with an array of services, including 24-hour security, concierge and valet.

Roughly 15% of current owners at the 3,400-unit Boca West Country Club in Boca Raton are Canadian, Mr. Siemens said. He expects that population to grow as a new addition to the golf community, a 139-unit condominium building called Akoya Boca West, fills up this year. Units at Akoya start at $1 million and as of January, the top sale was $3.5 million, Mr. Siemens said.

In Boca Raton especially, there are few places to build, ensuring that demand will stay higher than supply for the foreseeable future, Mr. Siemens said. Also appealing about the area is the fact that traffic is less congested than in the Miami area, he said. 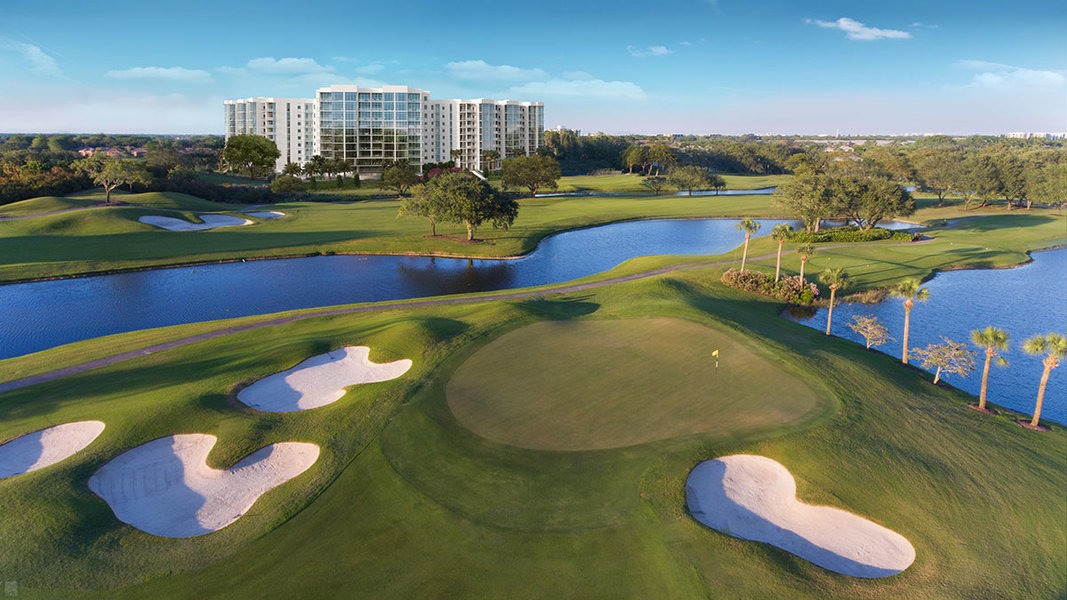 “You’re going to see more people from Miami and Aventura moving up here because it’s just too crowded,” he said.

Other big appeals are a multitude of restaurants, shopping, the nearby international airport—a nonstop flight from Toronto to Fort Lauderdale is about three hours—and of course, proximity to the beach.

Of all foreigners purchasing homes in the U.S., Canadians have long been among the top buyers in terms of number of units purchased and dollar volume, according to the National Association of Realtors’ 2017 report on international activity in U.S. residential real estate. Throughout the U.S., Canadian buyers purchased $19 billion of residential property in 2017, up from $8.9 billion in 2016, the report states.

In the South Florida market, which includes Miami-Dade, Broward, Palm Beach, and Martin counties, foreign buyers from all over the world purchased $7.1 billion in residential properties in 2017, up from $6.2 billion in 2016, according to a report released Feb. 8 by the MIAMI Association of Realtors and NAR. Canadians account for 9% of all foreign buyers in South Florida, up from 6% in 2016.

Shahab Karmely, founder of KAR Properties, said about 34% of inquiries in his new boutique project in Hallandale Beach have been from potential buyers in Canada, compared to 24% from the U.S., since it went on the market in October.

The building, called 2000 Ocean, about 13 miles south of Fort Lauderdale, is currently under construction. Some of the 64 oceanfront residences will feature 360-degree views of the Atlantic Ocean and the Intracoastal Waterway. Half-floor units start at $3 million and full-floor units at $9 million.

“We always knew there was going to be Canadian interest because Canadians traditionally have bought in these beachfront areas that are Fort Lauderdale and south,” Mr. Karmely said.

He is looking to capitalize on that interest by visiting local brokerages in Montreal and Toronto in March and April — a first-ever Canadian roadshow for KAR Properties, he said.

Ms. Fox, the Toronto-based broker, said that tactic makes sense. It would be “pretty odd” if a developer didn’t target the Canadian market, she said, and offer incentives like furnishings or closing costs, especially if the strength of the U.S. dollar continues to grow.

“There’s probably a little bit of concern that Canadians shouldn’t wait too long to buy … because likely the gap (in the exchange rate) is going to increase,” Ms. Fox said.