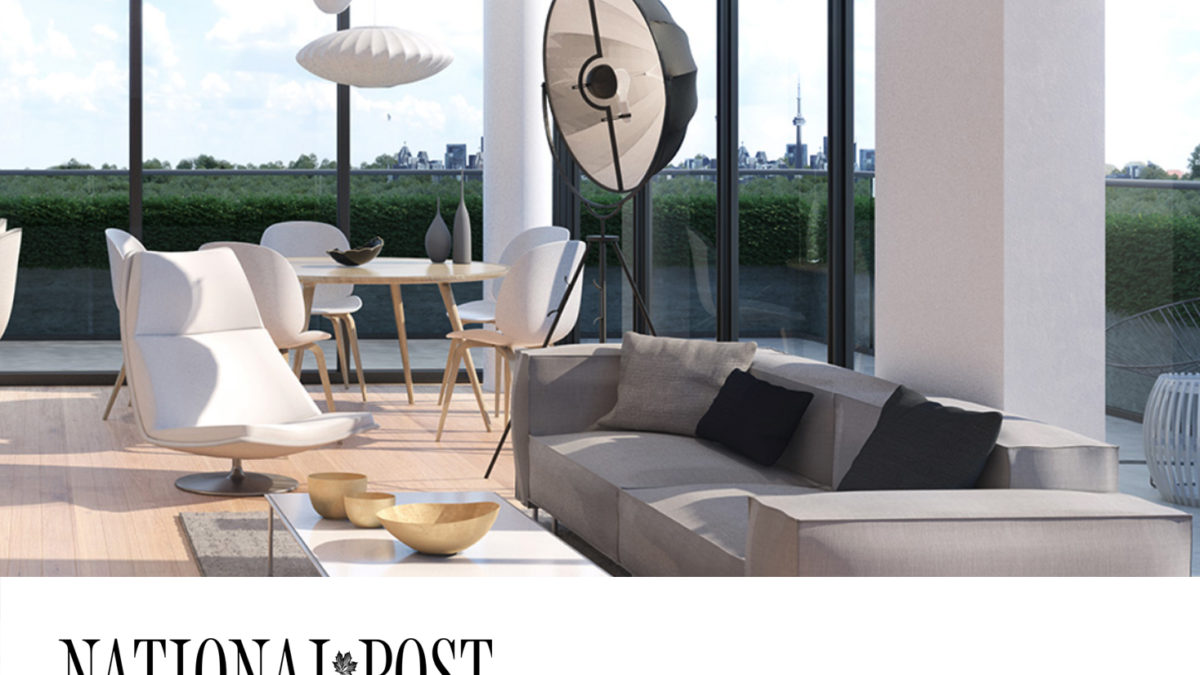 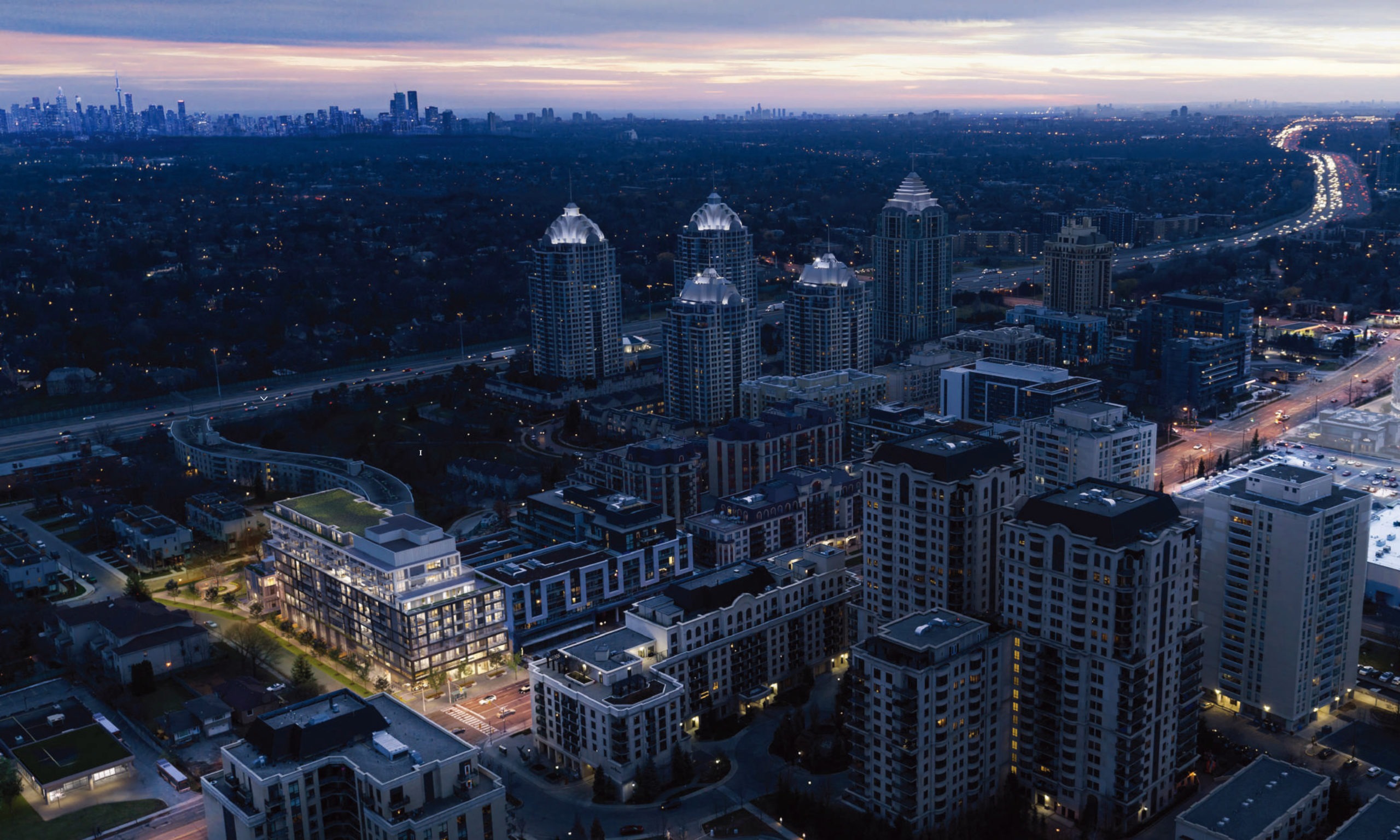 Leftovers — you either love ’em or you hate ’em. Yet in the world of new condos, leftovers may be just right for those looking for a quick move.

“You get to experience with your own eyes what it is that you’re buying,” says Cityzen Development Group president Sam Crignano. “It’s not a presale, you’re not buying from a floor plan. You’re getting a brand new unit, a brand new building, you get to move in quickly and you get to see what you buy.”

In official developer lingo, leftovers are known as “inventory suites” — the unsold units remaining in a building when tenants start moving in. By this point, investors and those who plan to live there have already snapped up suites on the middle and high floors so inventory is usually available on low floors and on the penthouse level, and most are larger units. The original model suite is closed, with the developer either setting up another model in the neighbourhood or designing and furnishing model suites in the actual unsold units. Promotions are common, with advertising touting “immediate move-in” or “never released units” and deposits much lower than they were during pre-construction days. Marketing is less aggressive, with developers relying largely on walk-in traffic. Sales are conducted either through the developer’s sales office or through a real estate agent.

Simon Mass, senior vice-president of The Condo Store Marketing Systems in Toronto, explains that developers have a multitude of “price bumps” from the first day of opening — which in the Greater Toronto Area’s case could be four years prior to occupancy. Once they hit move-in day, he says, they are looking for buyers to take the last remaining suites off their hands. To accomplish this, many offer incentives such as discounts, furniture packages or several years of free maintenance to entice people to buy.

“At that stage, they’re looking for end-users who actually want to move in themselves,” Mr. Mass says. “They’re not looking for an investor. Investors are getting out of the deal when the leftover inventory is being marketed since the building is almost completed.”

Jim Ritchie, Tridel’s senior vice-president of sales and marketing, doesn’t find the term “inventory suites” particularly customer friendly but admits they are advantageous to certain buyers. He says as a rule developers sell about 60% to 70% of available units “even before a shovel goes in the ground” and only have less than one-third for sale by the time construction is complete. Developers expect to have inventory at that time and, in his experience, those remaining units appeal to a very specific crowd.

“There is very much a segment of the marketplace that is not comfortable buying a condominium home off a blackline, or prefers a tighter schedule and deal with a timetable that’s more suitable for them,” Mr. Ritchie says. “If that means waiting for the building to be completed and to look out the window, then by all means. And we’re happy to do that.

Though buyers of inventory units have to be less particular about the floor they would like, the real plus is they can actually see the exact suite they would move into. With the original sales office closed, developers generally work with their interior designers to finish the remaining units and then turn them into model suites. Purchasers can walk through the unit, touch the finishes and check out the view. Sometimes they can walk through an empty model suite and then head down the hall to a similar furnished unit so they can envision a lived-in space. Some developers even offer the furniture as a package.

“It almost pays you to finish the suites off because if you’re selling from a little satellite somewhere you don’t get the benefit of seeing the finishes [that were in] the model,” explains Dan Flomen, director of sales at Empire Communities’ highrise division. “You’re creating a competitor to a resale in the area, except that it’s a brand new unit that has never been lived in.”

Another benefit of a wait-and-see attitude is that the buy is cheaper. Dominic Tompa, broker of record at Citylife Realty that is representing Daniels’ The Bayview, says inventory units usually require only a 5% down payment while pre-construction sales call for 15% to 20%.

Mr. Crignano says it is rare that investors buy inventory units. Rather, they buy at the beginning of a project to make money. As he puts it: “The longer it takes for delivery, the better it is for the investor because time is on their side with respect for appreciation and value.” Still, there are cases where an investor “feels strongly about the project” and has someone lined up to rent the unit so will buy a remaining suite. Although contracts state that investors cannot list their units for sale until actual closing “because we anticipate having inventory and we want to be able to sell our inventory before purchasers sell their inventory,” says Mr. Crignano, he admits he might allow sales “if we’re out of that unit type.” It is not standard policy but depends on the situation, he explains.

So, is it worth waiting until the last minute to cash in on the leftovers? While it might mean compromising on layout and floor and being prepared to move in almost immediately, it could make for a great bargain. Look for promotions, says Mr. Mass, and be sure to ask for better terms and larger discounts.

“As long as they qualify and can meet all of the requirements of the builder, which is typically a fully approved mortgage, there’s a good chance the builder will negotiate with them,” he says. “If a builder is selling a $600,000 unit, giving up an extra three, four, $5,000 is not going to make a difference to them anyway. They’re happy to make the sale.”