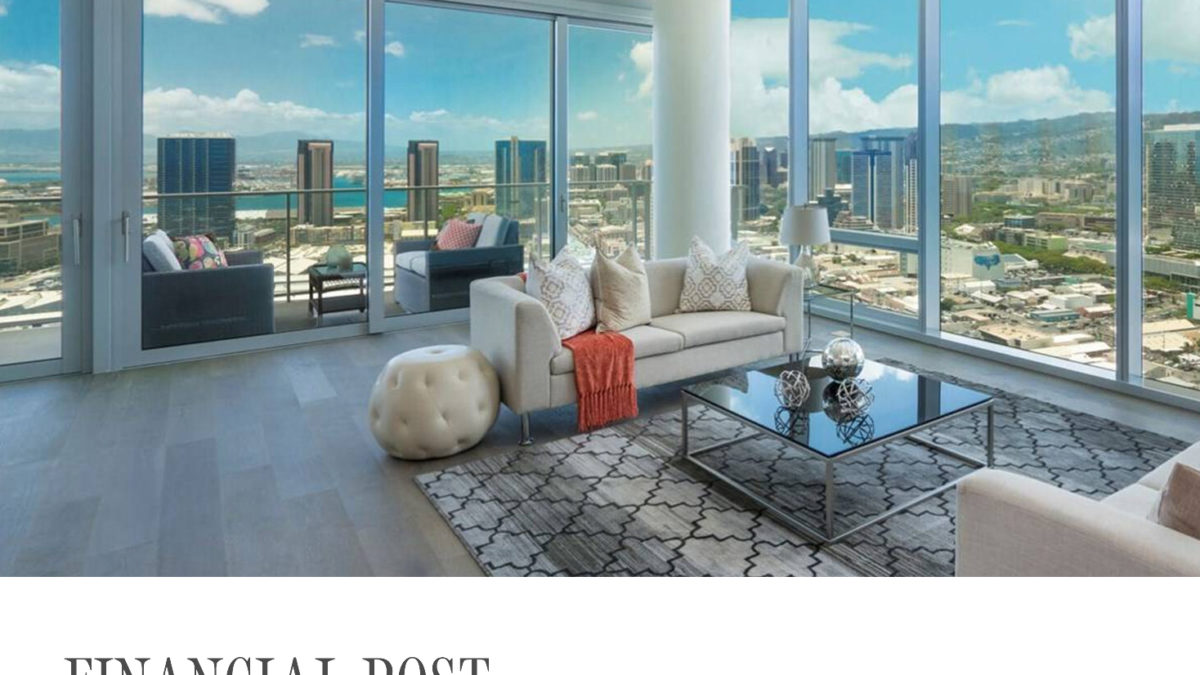 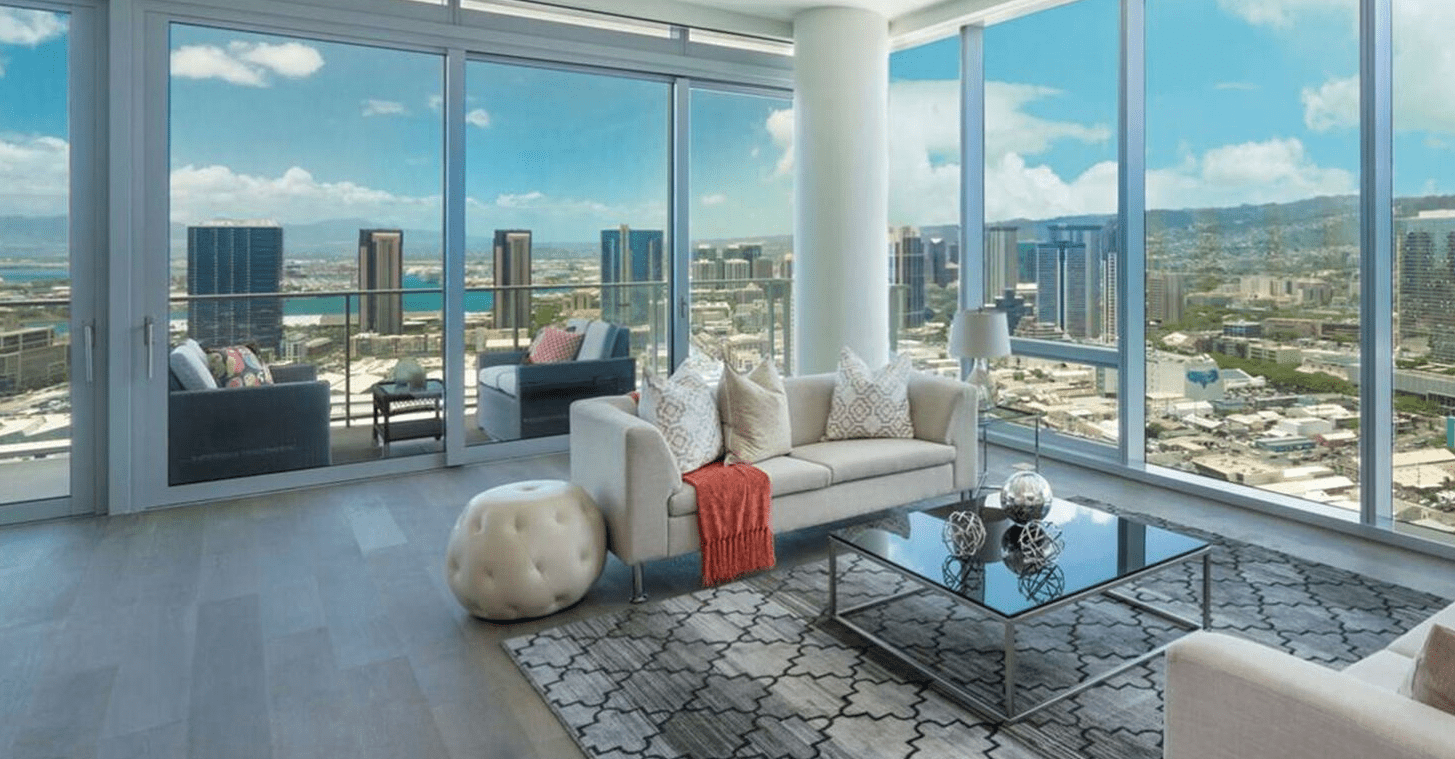 High buys in the sky

bedroom house with nine others. With monthly rent set at $100 per person, it was a great deal for cash-strapped students. But when the owners put the property up for sale at $50,000 one spring day, young Brad was stunned.

“I pulled out my calculator and figured out how much a mortgage would cost,” recalls Mr. Lamb. “The taxes were on the flyer and I figured these guys were making crazy money. The net cash flow after all costs, with a 25% downpayment, was something to the tune of $6,000 a year, and that was just free cash flow.”

Armed with his engineering degree, Mr. Lamb promptly set out to become a landlord. He worked for four years as an engineer while buying and selling property “with other people’s money,” he says. By 1988, he was earning $50,000 a year as an engineer yet “my real estate agent made $70,000 from me alone that year in real estate commissions.” It was enough to hang up his pinky ring, earn a real estate licence and get into the game full-time.

Since then, Mr. Lamb has bought, sold and managed several hundred properties, mainly in condominium towers in Toronto, Ottawa and Montreal. The profit earned him the seed capital to launch Lamb Development Corp. in 2001 for $3-million, and it solidified his opinion that buying condos as investments is a wise move.

“An individual can easily manage four or five condominium rental suites and have a full-time job,” Mr. Lamb says. “Four or five, after 25 years, will make you enough money to live like a king. You’ll pay off your mortgage, you’ll have $2-million or $3-million of net equity. And anyone can retire on that.”

With cranes continuing to dot the city, there’s no shortage of condominium units. Urbanation reports 50% of new condos sold in the Toronto Census Metropolitan Area are purchased by investors, with the number skyrocketing to 90% in parts of downtown where price per square foot averages $550. Gone is the bad rap of the 1990s when investors were considered speculators, unable to come up with enough funds to close the deal. Today’s investors are classy businesspeople, and they are generally renting to responsible tenants who simply can’t yet afford to buy.
Urbanation places the average rental price at $2.11 per square foot, up 2.2% from last year.

Judging by the activity, those numbers won’t be hard to achieve. Just this month, for instance, Plaza Corp.’s newly launched York Harbour Club on Old Fort York Blvd. sold 441 of 502 condos, live/work suites and townhomes in just three weekends. Scott McLellan, Plaza Corp.’s senior vice-president, says it’s impossible to say how many purchasers bought units as investments since tenants won’t move in for at least a year. But he admits the flurry of sales was likely due to strong relationships the firm has built with select real estate brokers. Since builders need to sell 65% to 70% of units pre-construction to secure bank financing, York Harbour Club appears in great shape, with groundbreaking just weeks away.

By far, buyers originally from Pakistan, India, Iran, China, Korea and Russia are the biggest investors in Toronto’s condo market. According to Simon Mass, senior vice-president at The Condo Store, most have lived in Canada for years and were raised in cultures where owning property pays off.

They also work with brokers who have an in with reputable developers so they can jump queues and get better deals. For example, when Mr. Lamb readies to launch a project, he first gives a shout-out to fast-moving friends, family and “anybody who has bought from us before and isn’t a pain in the ass” and offer suites for sale at a 10% discount. That will sell 25% of the building, he says. Next up, fast-acting brokers he has worked with before get dibs at a 5% discount and another 35% of the building sells. Then it’s on to lesser-known brokers, where prices are a tad higher and another 10% sells. By the time he gets to the general public, the project is at 70% sold “so you’re not nervous, you’ve got enough sales to build it.”

Mark Bristoll, chief financial officer of Edenshaw Homes, says it’s the “cheap and cheerful” suites that usually sell out first. Penthouses often go last because purchasers want to touch and feel the prestigious space. Mr. Lamb says the final 10% is usually sold when the building is complete, but at the highest price per square foot. Most who buy early end up renting their unit to family members or strangers, with only 5% flipping it, he says.
By the time the building closes a few years later, the unit is usually worth at least $50,000 more than its original price, Mr. Bristoll adds. Though many builders don’t allow resales until the building closes, some provide what’s called “assignment rights” if the building is virtually sold.

Yet making money isn’t the only upside to Toronto’s investment frenzy. It’s also a boon for those needing a roof over their head. With few rental buildings going up and 100,000 new immigrants arriving in the Greater Toronto Area annually, investors have become the city’s biggest source of accommodation.

“No one has built any serious level of apartments in this city — except low-income housing — in 30 or 40 years,” Mr. Lamb says. “If that’s the case, where are people renting? They’re renting in condos. All these buildings downtown are at least 50% occupied by tenants. They pay the rent every month, they take good care of the building, they respect their neighbours — the same kind of thing that you’d see from an owner. It’s absolutely great for the city having high-end rental stock, which for most of the ’70s and ’80s, we didn’t have.”