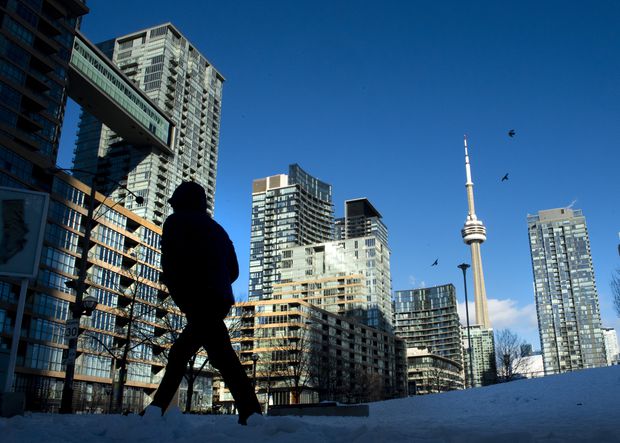 Condo buyers looking for more space, and builders are finding ways to provide it

Selling condominium apartments in the Toronto region used to be a fairly straight-forward business: Open a sales centre, have a big party for realtors, give potential buyers a list of floor plans and watch the deposits roll in.

But Spring 2021 is both the end of the literal cold weather and also perhaps also the end of the year-long winter of COVID-19, and developers are preparing for a world where some condo purchasers want more than just what’s been on offer before. In some cases, if the floor plan doesn’t have enough of the space or features they want, they’re increasingly open to combining more than one unit to make a new space.

Ben Rogowski, Executive VP and COO of condominium developer Canderel , says that in 2020 four different buyers negotiated to combine existing units into larger mega units at its 900 St. Clair West project (near Oakwood, between Corso Italia and Hillcrest Village). One buyer combined four units into one, two gobbled up three units each and a last buyer wanted to combine two units.

“As an industry, we’re catering a lot more to the buyer than we have in the past … especially at the front end. We’ve seen an increase in desire for those [combo] options over the last year. I don’t know if it’s a COVID trend,” said Mr. Rogowski. “And they’re willing to pay the proper price for it: in the past, people had sticker shock when they looked at what it cost to put that many units together.”

Candarel’s St. Clair building was selling pre-construction contracts at about $1,200 per square foot, which would put a large (for a condo) 800-square-foot apartment at about $1-million.

It’s virtually impossible to combine units after construction is complete: even moving a kitchen a few feet is often impossible in a condo, where plumbing stacks, HVAC requirements and even structural elements are designed to replicate on each floor as the building rises. So the time to make a condo bigger is when it’s still in the planning phases.

“The combo-suite buyer is a move-down buyer; someone coming out of a big house and they want more space. And we’re seeing it applied to young families as well, who can’t afford or don’t want to live in a single family home,” Mr. Rogowski said.

A $1-million condominium apartment might not seem affordable, but if trends we’re seeing in the Toronto market continue, by the time the building is complete in a few years it might look like a steal.

But the reality is there’s just not a lot of large condos in the resale market, either. Two- and three-bedroom units in recently built projects are often a tiny minority of the units available, essentially just penthouse luxury units. And in Toronto the condo investor class, who drive so much of the sales activity, have had very little interest in combining units to make larger ones.

“I still recall having this option pre-2007 recession at a project called M5V where The Condo Store had purchased close to 40 per cent of the building for our investor group. We had the ability to combine units and make them much larger but at that time, [but] not a single client took the option. For our clients, it isn’t really something of interest,” said Rich Kuypers, of The Condo Store Inc.

“What they [buyers] are telling us is they want an extra bedroom for the grandkids to sleep in,” said Mr. Rogowski, who says combination inquiries focus first on seeking extra living-room/kitchen space, then outdoor space, and then also seeking more bedrooms. “We were working with one buyer who said ‘I want one section to be its own suite [a studio, with its own kitchen], I’ll rent it out in the meantime but somewhere down the line I’m going to need some full-time care’.”

Now, as Canderel prepares to launch sales for a new mid-rise project at 625 Sheppard Ave., it’s letting buyers know there are opportunities to create more living space. It’s a different way to sell, but with new condo apartment sales in 2020 ending on a 7-year-low (down 28 per cent from 2019 and at 18,257 units sold below the 10-year average of 21,421, according to Urbanation Inc.), the time for new selling models is now.

“We’ve been really spoiled as an industry and it hadn’t forced too much creativity; I see that changing,” said Mr. Rogowski.