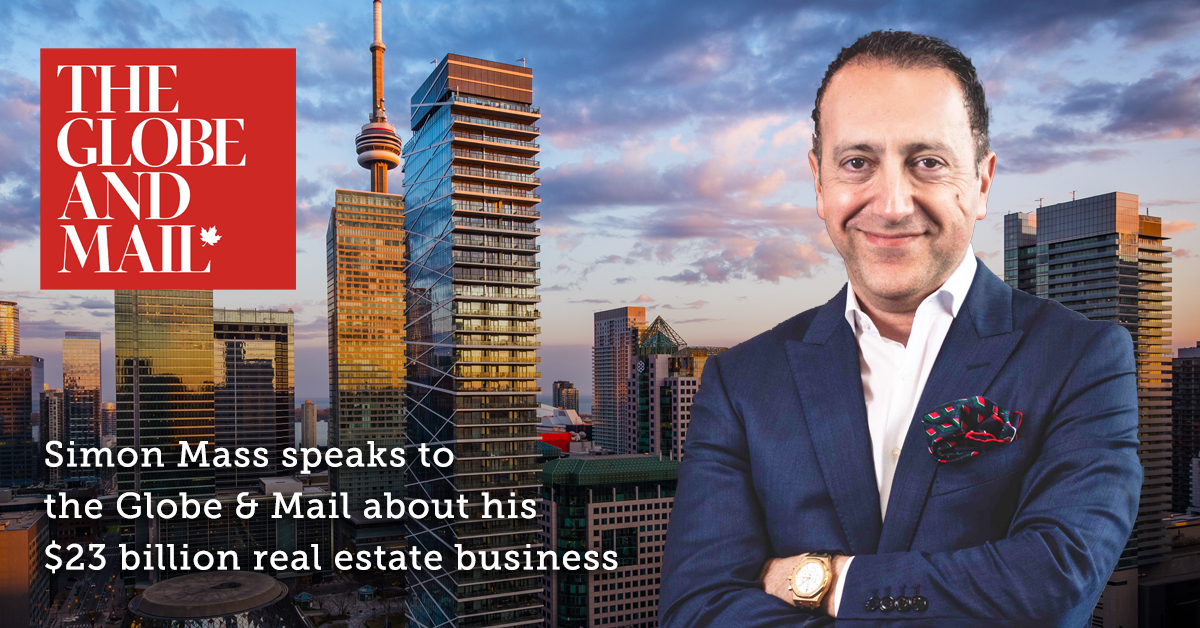 Despite the pandemic, the Condo Store is set to have one of its busiest periods on record. The group’s co-founder speaks to The Globe and Mail about the referral-based business and unique model of buying preconstruction units

The novel coronavirus pandemic has roiled real estate markets by slashing sales activity, scrambling resale and rental pricing and disrupting construction timelines, but for the Condo Store group of companies, 2020 could end up being one of the busiest years on record. 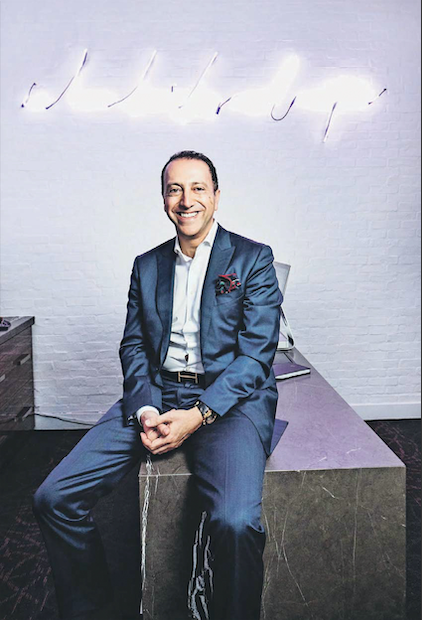 The Condo Store co-founder Simon Mass says the group’s program is ideal ‘for developers thinking about delaying their launches.’

“For the second half of this year, we’re going to have one of our best six-month periods ever,” said Simon Mass, who cofounded the Condo Store in 2007. “We’ve signed up on four projects – that’s more than we’d normally do. We’re quite happy about it. … For developers thinking about delaying their launches, our program really works well for them.”

The “program” Mr. Mass is talking about is the somewhat unique model of buying preconstruction units in condominium projects. Beginning with one of the predecessor companies of the Condo Store, Hyde Park Group (which boasted of its international client base from Israel and the UAE), Mr. Mass has assembled a sort of buyers club over more than 20 years (he doesn’t like to call it a syndicate) consisting of more than 300 high-net-worth individuals who are prepared to buy new condo apartments at least once a year. The Condo Store presents them with two to five projects a year for consideration, a fraction of the 150 or so that launch across the country.

“We very much try to cherry-pick a deal that provides us with a return,” he said. The average year sees Condo Store clients doing $500-million to $1- billion in contracts purchased, and Mr. Mass estimates the Condo Store has facilitated the sale of more than 53,000 condo units with gross sales passing $23-billion.

In its first postcoronavirus investment project, Mr. Mass’s syndicate is buying 40 per cent of the 185 units of the 181 East project on the southwest corner of Toronto’s Sheppard Avenue and Willowdale Avenue, and the Condo Store company is exercising an option to buy another 40 per cent of the building to sell to the public through its brokerage arm. The purchase could be worth as much as $143-million.

“We’ve never advertised or gone out to recruit clients. Pretty much all of our business has been referrals,” Mr. Mass said. In a given year maybe 15 per cent of the group drops off, having reached their investment goals, but “we average the same amount of new clients joining us.”

The Condo Store also operates a more traditional condo sales department and brokerage, but the core of the business is the maintenance of this club of buyers, some of whom have been buying with Mr. Mass from the very beginning. Maintaining long-term relations with developers is the other part of his business model. 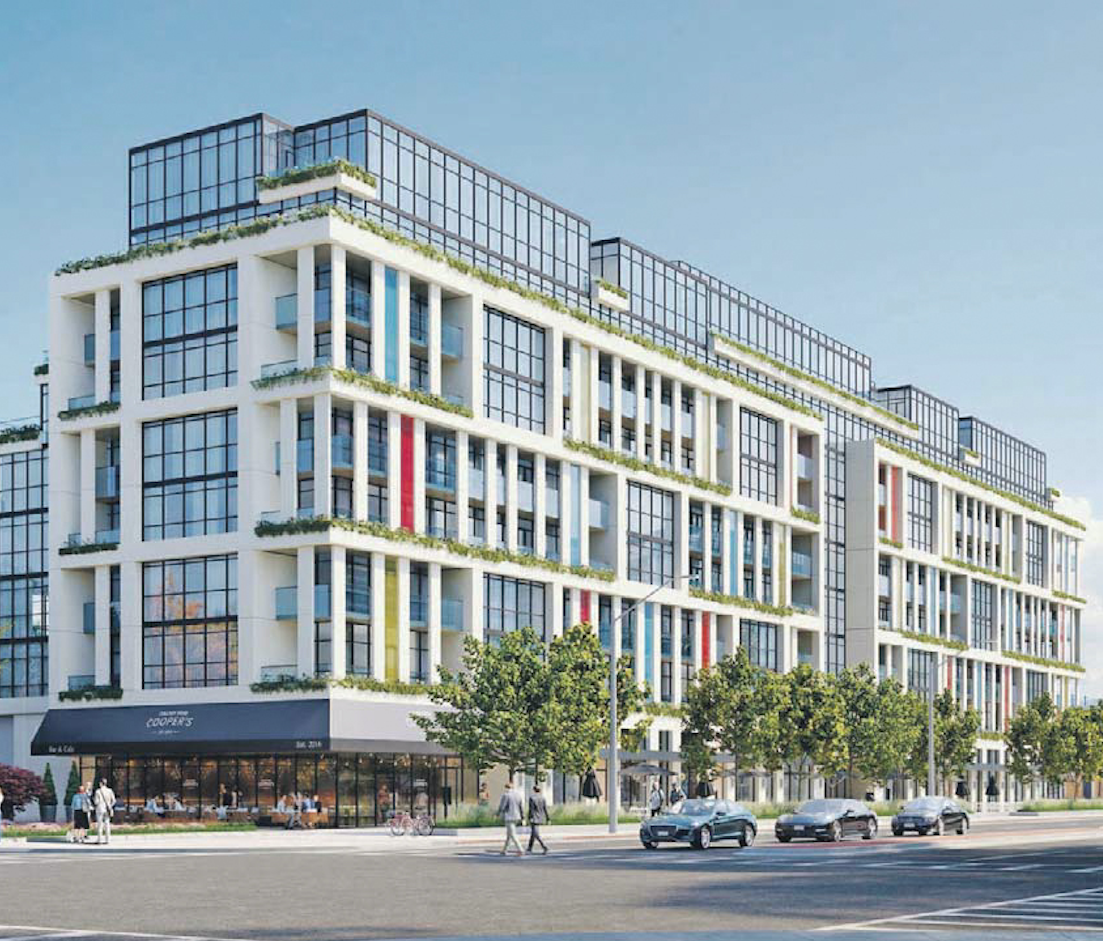 The Condo Store is purchasing 40 per cent of the 185 units of Toronto’s 181 East project, pictured in a rendering, for its first postcoronavirus investment project.

“Whether it was 100 units or 50 units, he always delivered,” said Walter Jensen, principal in the CanAlfa Group, which drove the development of Liberty Village. “We had a relationship over 15 years.

“When we got into high-rise we decided to launch two towers at the same time – 850 units – but we were in a quandary: The world was slowing down [this was just prior to the financial 2008 financial crisis]. We got a little nervous,” Mr. Jensen said.

“I decided we really needed to get a chunk of our units presold, but there were very few players in the marketplace capable of placing a bulk sale. We got off on the right foot, [Mr. Mass] wanted to get going, we wanted to get going, and we did a lot of business. Every building we did after that, Simon did a bulk deal with us.”

What Mr. Mass sees now is a marketplace where developers are testing out new ways to sell online, limited by the pandemic from having busy presentation centres or massive condo launch parties with thousands of brokers that sell out buildings in one day.

The potential for more developers to take more risk out of their projects is enticing, but it comes with a built-in limit.

“I would love to scale it, and do 10 times the business,” Mr. Mass said. But, he said, that could mean diluting the quality of his investor pool and potentially offering a worse deal to those buyers.

“The structure of our deals are so aggressive in favour of the investor it’s difficult to get more developers to play with us,” Mr. Mass said.

“Before they open up sales to the general public we’ve already done our deal. I never buy with a typical deposit structure [in some projects a 20-per-cent deposit is typical]: My whole model is [5-per-cent] or 10-per-cent down. We like to buy a minimum of 25 per cent of a building,” and usually that means there’s a possibility of a discount for the price, too.

“They don’t get a discount,” said Dan Flomen, executive vicepresident of Empire Communities.

“He doesn’t have that opportunity with me because of the way our business runs. Friends and family – we go to them first.

“I’ve stretched the deposit a little bit more for him, he may be the first brokerage in the door,” Mr. Flomen said. “I’ve done bulk deals on three projects now. I like his model, his model helps. … I get pretty much guaranteed sales without having to get on my knees.

“Eau Du Soleil, in south Etobicoke [a two-phase project that first began selling in 2012] – his investors made a tonne of money on that. He brought them in at the right time.”

There are rules for clients, too. “You can only buy a maximum of two units in a project,” Mr. Mass said. 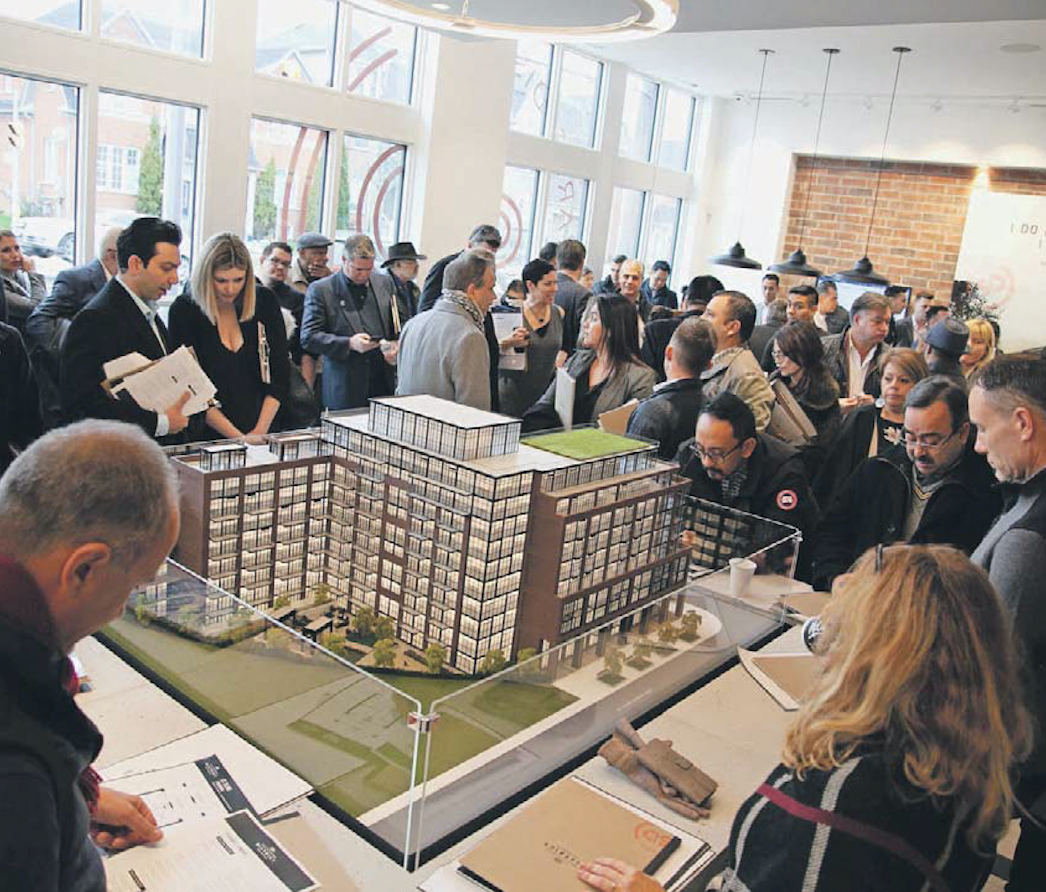 Investors and brokers attend a sales event in 2019. Some investors are concerned about how pandemic delays will impact units that were purchased in preconstruction years ago.

“Our biggest problem – and it’s a good problem to have – is that whenever we have a project it equates to about 100 units in a particular building. When you have 300 clients we’re always oversubscribed. It’s first come, first serve, and we really mean it, so we don’t have enough product to sell to our own group. I have clients who buy four units every year, some have 50 or 60 units, some have more than 100.”

Some of Mr. Mass’s initial investors were in medical professions, and it’s a group he continues to court. For example, Bobby Chagger, dentist and owner of the Chagger Dental group, is a long-time investor.

“I met him while I was in dental school,” Dr. Chagger said. “He became a patient and because of that we kept in touch.” About 15 years ago, Mr. Mass mentioned he had a potential deal for preconstruction condominiums at the massive CityPlace development in downtown Toronto. “I bought two units the very first time, some of those units were $144,000,” Dr. Chagger said, a reflection on how quickly Toronto’s condo market has grown, where the average condo now sells for more than $700,000. “I didn’t have the capital to do a heck of a lot more. I wasn’t buying for me to live, I lived in Mississauga. It was purely for investment purposes. I recognized that real estate was a good investment and I wasn’t looking to flip, more as long-term a hold as humanly possible.” Over the years, Dr. Chagger has purchased more than 10 units with the Condo Store.

But Dr. Chagger does worry about the current market. Some investors worry about what effect pandemic delays will have on units that might have been purchased preconstruction five to seven years ago. Ontario’s Building Industry and Land Development Association published a survey Monday, from Altus Group Ltd., that found of 498 construction sites, representing 156,000 units in the GTA, 65 per cent were seeing delays of three to six months and 32 per cent more than six months, pushing occupancy for more than 8,000 units into 2021.

Pauline Lierman, director of market research for condo analysts Urbanation Inc., expects 22,000 condos could be completed in 2020, well off the group’s original projection of 29,000 units.

Ms. Lierman also expects condo rents to continue to be hit by pandemic restrictions on the economy and immigration patterns through the fall.

“A limit on students, non-permanent residents during the typical ‘peak’ period is going to bring further pressure on the market,” she said. That comes after months of a softening trend, Rentals.ca’s national rent report has found average Toronto rents have been falling for three months in a row, and national rents are down 7.2 per cent from the September, 2019, peak of $1,954 a month.

“For many years, the goal was to have the income from the lease pay for the mortgage and condo fees,” Dr. Chagger said.

“If you were breaking even you were doing well, and if you’re making money on the lease you’re doing really, really well.

“My tenants have had challenges in paying their portion of the lease,” Dr. Chagger said. “I have basically said to them, ‘pay me what you can, we’ll deal with this afterward.’ As a dentist, my business was closed, too, so I fully sympathized with everyone’s position.

“Before the pandemic, I was ready to buy some more condos; there’s some projects I’m interested in. Personally, I’m standing pat now.”